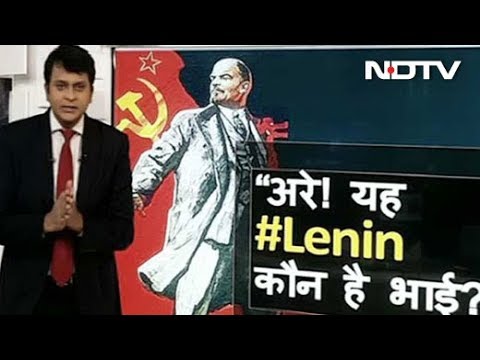 On this episode of Simple समाचार, we talk about Russian communist revolutionary Vladimir Lenin. Vladimir Ilyich Ulyanov, popularly known as Lenin, was born in 1870 in Russian Empire. He founded the Russian Communist Party, led the 1917 Bolshevik Revolution, and became the first head of the Soviet Union. He died in 1924 at the age of 54. (Audio in Hindi)

NDTV is one of the leaders in the production and broadcasting of un-biased and comprehensive news and entertainment programmes in India and abroad. NDTV delivers reliable information across all platforms: TV, Internet and Mobile.

34 thoughts on “Simple समाचार: Who Was This Revolutionary #Lenin?”